How General Assembly's Work Affected Me

During a Sunday I was on vacation, three people who attended General Assembly in Pittsburgh preached at St. Andrew.  After I read what Doug Johnson said, I asked him if I could post his words on this blog and he said yes. Here it is.

“My soul cries out with a joyful shout
That the God of my heart is great,
And my spirit sings of the wondrous things
That you bring to the ones who wait.
You fixed your sight on your servant’s plight,
And my weakness you did not spurn,
So from east to west shall my name be blest.
Could the world be about to turn?”
“Canticle of the Turning” by Rory Cooney

Susan asked me if I would say something about how General Assembly’s work has affected me personally. I have loved the Presbyterian Church for many years. Most of the churches we attended while I was growing up were Presbyterian and those memories are largely positive ones of family fellowship, youth groups and summer camp. It was on a backpacking trip into the Sierras with our church in Coalinga, CA that I first committed my life to Christ. As I became aware at age 14 of homosexual feelings it was our summer youth assistant who was the first person I confided in. He was compassionate, caring and gave me a scripture passage which reminded me to keep my life holy. The relief I felt was paramount as I realized that he wasn’t going to condemn me to hell, but as I’ve reflected on that over the years I realize that he was also telling me that the feelings I felt were wrong. At the time this did not bother me as I felt they were wrong, too. I prayed earnestly that God would heal me of this and yet over the years it became very clear to me that, however much I prayed and read scripture, those feelings were here to stay.

As I grew older I developed a strong desire and call to be a minister and all through college this was in the back of my mind as what I’d like to do. In the 70’s I was involved in a Baptist Church, went to a Christian and Missionary Alliance College and a Baptist seminary. In each of these places I got a subtle and not so subtle sense that what I felt within myself was wrong. In the 80’s and 90’s the religious right made it very plain that what I experienced as my nature was an abomination. Not just a ritual impurity as that word means in Leviticus, but something God hates. This kind of rhetoric was one of the factors that pushed me away from conservative evangelicalism, because as I got older I began to feel that a just God would not create feelings in someone which were unchangeable only to damn them for those feelings. I began to come to an acceptance of myself as I was and I still wanted to serve in the ordained ministry. About 1978 as the Presbyterian Church began to look at this subject it seemed more hopeful in the Presbyterian Church than with more conservative Christians. At least the Presbyterians were willing to study it. But soon the message came across there as well that gay people should pray and change.

When I finished at the Baptist seminary with an MA I rejoined the Presbyterian Church and determined that I would go for ordination. I entered San Francisco Theological Seminary and met many people, students and teachers alike, who also believed that gay and lesbian people should be able to serve in the pastorate. On graduating from SFTS I was ordained and assumed my first call in a small church in rural Iowa, population 1,400 (the town, not the church). I sometimes would jokingly say that today a voice crying out in the wilderness isn’t a prophet. It’s a single person in a rural church. Aside from the loneliness and isolation of this place, I also had a secret that could totally discredit me if it came out. More than any place I’d been I learned the reality of the closet. Sometime in these years a clause had been added in the Book of Order specifying that ministers were to be faithful in heterosexual marriage and celibate in singleness. At this juncture I no longer believed homosexuality to be a sin. I recognized that the biblical passages usually cited were out of context. But the church and the denomination I served thought differently and so I served as best I could and feared lest the wrong people found out I was gay. I moved to Wisconsin and served another church there for six years. I was able to be a little more open but I still had to be careful. When I left Wisconsin I did two years of Clinical Pastoral Education at the Mayo Clinic and stayed with a family who were very accepting. The woman was a Presbyterian minister and a nurse. Her husband was a musician. They had four cats. Jane and I together started a Metropolitan Community Church as an outreach to the gay community in Rochester. Jane was totally straight but I had not found a better ally. For the first time in Rochester I was able to actually be out of the closet and it felt great!

When I moved to Montana in 1999 I again went into the closet because I was unsure how I would be received in a conservative presbytery like Yellowstone. This came to an end in 2002 when I came out at a presbytery meeting. At first I was terrified and I felt extremely vulnerable. But gradually I realized that the people here were not going to throw me out. Over the years it has felt wonderful to be open about myself. When we discussed related issues at presbytery it felt good to be able to speak openly and not to cower in fear. When the PC(USA) removed the fidelity/chastity provision it passed our presbytery by a very narrow margin. Being asked to serve as a commissioner at GA was a great honor for me and I was heartened by the amount of support, both gay and straight that there was at GA. More Light Presbyterians gave out and blessed rainbow shawls and stoles to show support, and many, many people were wearing them.

GA passed an authoritative interpretation allowing ministers in states where it is legal to perform same-sex weddings. This ruling is not mandatory for those who don’t believe in this. But as our society becomes more and more open to LGBT people it is good news for me to know that our denomination can accommodate this change. An amendment will be coming to us that will seek to define marriage as a union of two people, traditionally a man and a woman. This wording provides wiggle room to expand, not change the meaning of marriage. My hope is that we can pass this because living a life and a ministry single and approaching retirement alone is something I hope won’t have to be mandatory for others who have a call to ministry. I would like to recommend two books, both by conservative evangelicals who once opposed gay acceptance in the church. The first is The Bible’s YES to Same-Sex Marriage. This is by Mark Achtmeier who taught theology and ethics at Dubuque Theological Seminary for fifteen years. The other is by Jack Rogers, Professor of Theology Emeritus at SFTS. His book is entitled Jesus, the Bible and Homosexuality, Explode the Myths, Heal the Church.

We did many other great things at GA, but for me personally the growing openness of the church to these matters is a highlight.

Fairness for ALL Families Rally

Last month, our church hosted Fairness for ALL Families, a celebration and rally for the nondiscrimination ordinance in Billings. At the celebration I asked people what it meant for them to have this event at a church. Here are some of the comments:


·       It means everything to me. I had evangelical Christian parents, so it means a lot that a church hosted this.


·       A reconciling church brought me out of darkness.


·       This is an amazingly beautiful place with grass for children, and we can come indoors to cool off.


Many people, young and old, thanked me. I didn’t do much except get newsprint to cover tables and point where the bathroom was. People were respectful of the church building. Sabrina Currie, who works at Tumbleweed, told me that about half of the homeless kids the agency worked with have been kicked out of their home for being LGBT. Joan Nye, at the suicide prevention training, said that LGBT youth are at risk for dying by suicide. So for our church to provide a space for LGBT people and their allies to come and paint faces, fly kits, hula hoop, make signs, and simply be together, was life-giving.


A week later, an unchurched commuter to Billings told me she was glad to see we had hosted the event. Another who came to Art in Sacred Space, but hasn’t come to worship yet, told me “I was glad to see my church reaching out and doing good.” I was surprised that she considered this her church, but she does. A young newcomer told me how great it is that this church isn’t fighting over LGBT Q issues. Another young newcomer was so happy about it she brought her mother (visiting from out of state) to come to our labyrinth. She said it was the best outdoor labyrinth she’d ever seen.


Our ministry isn’t just to people who come to worship, but who drive by the building, come to the garden, walk the labyrinth, and go by our sign.


Following Jesus and meeting the challenge of the gospel isn’t always easy. So it’s nice to hear comments along the way about the difference we are making. 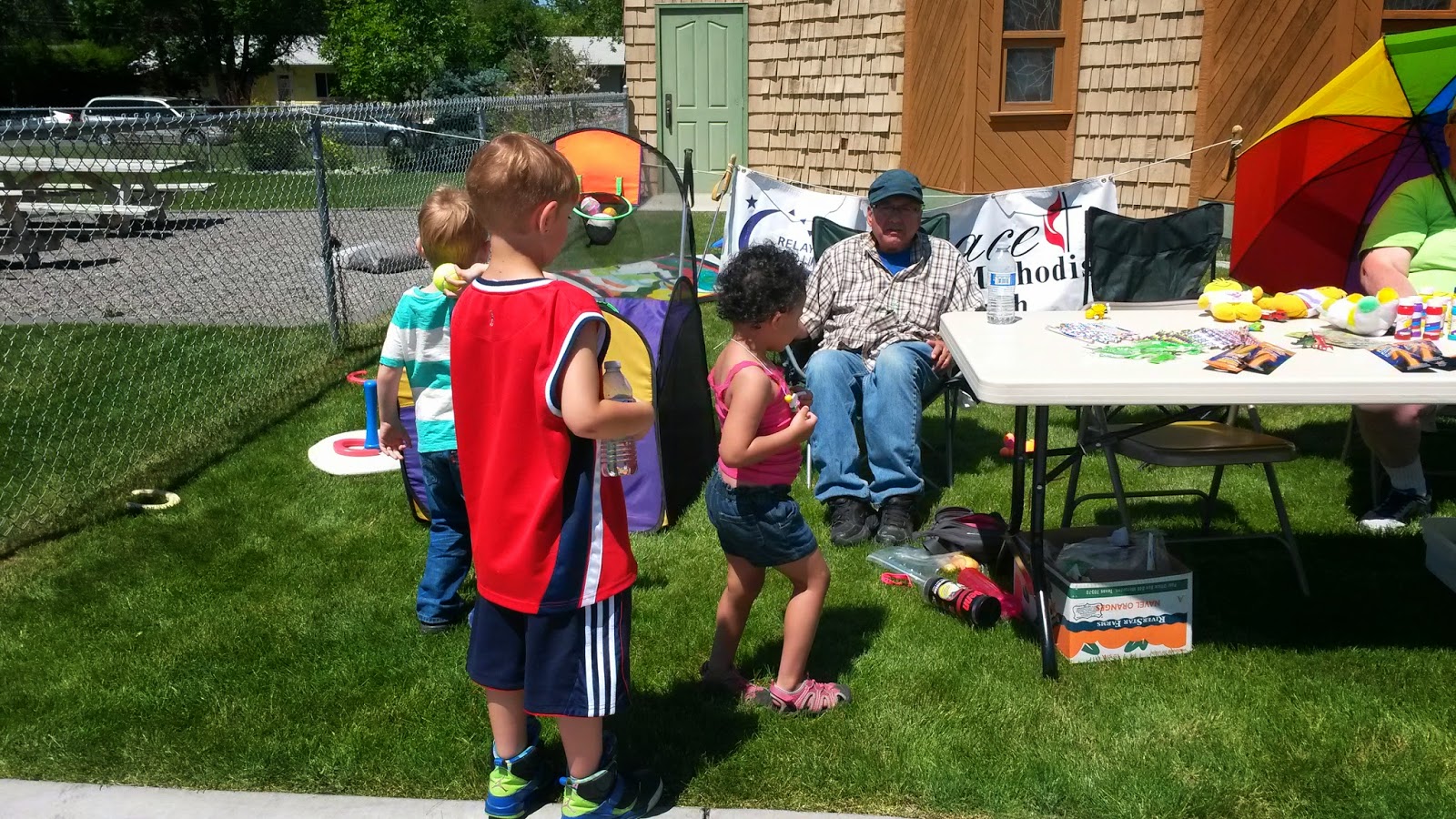 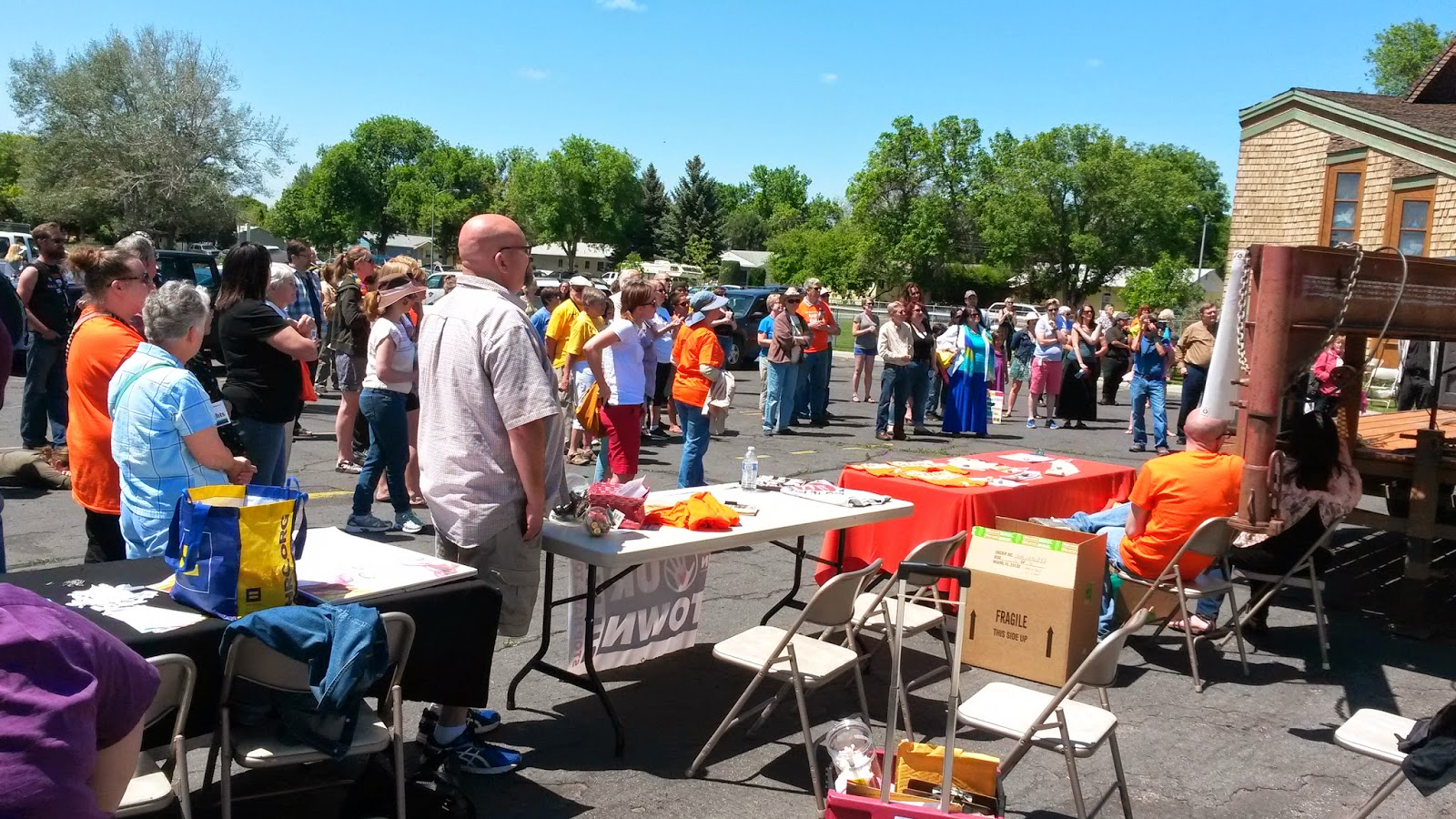 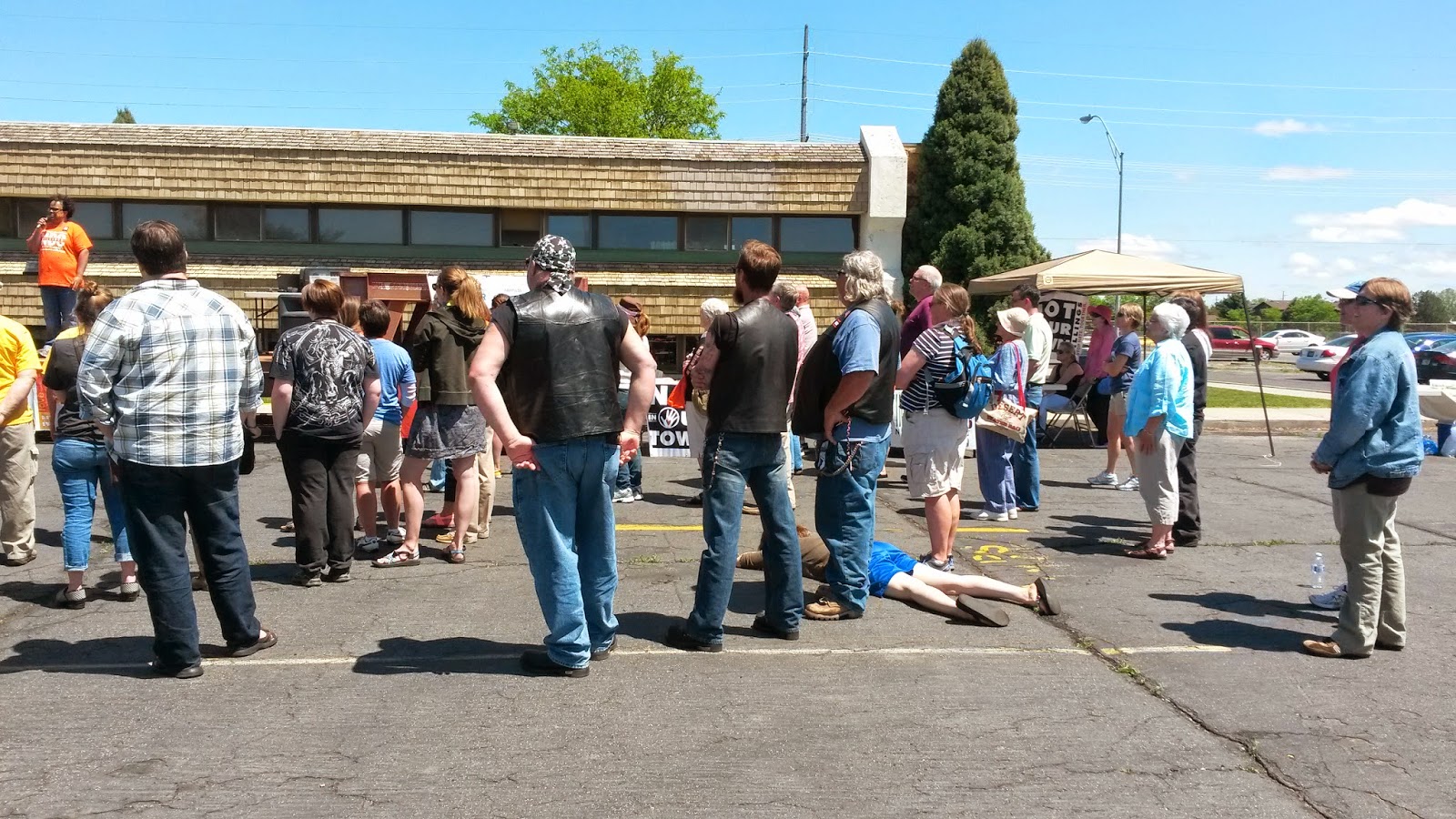 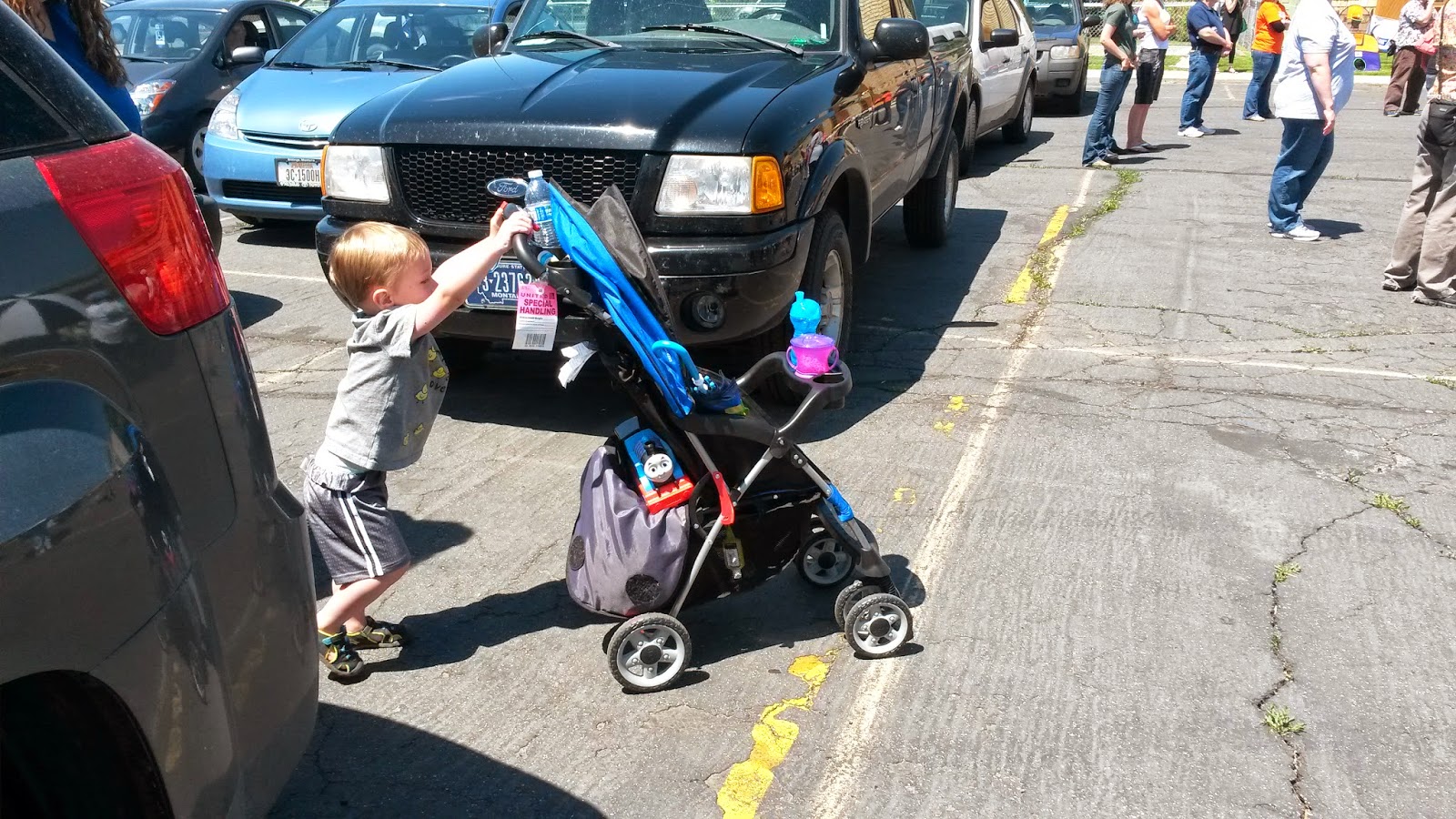 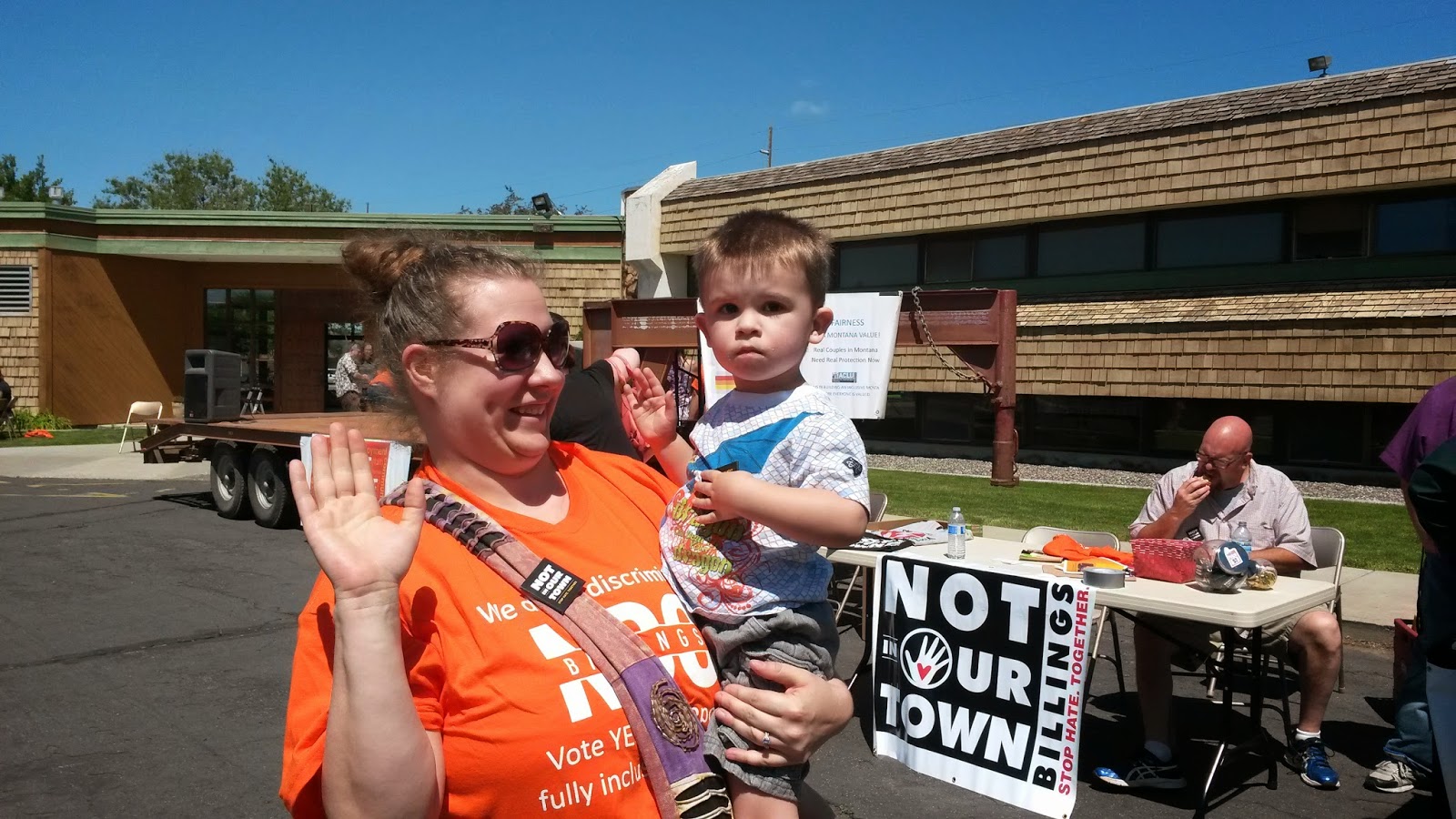 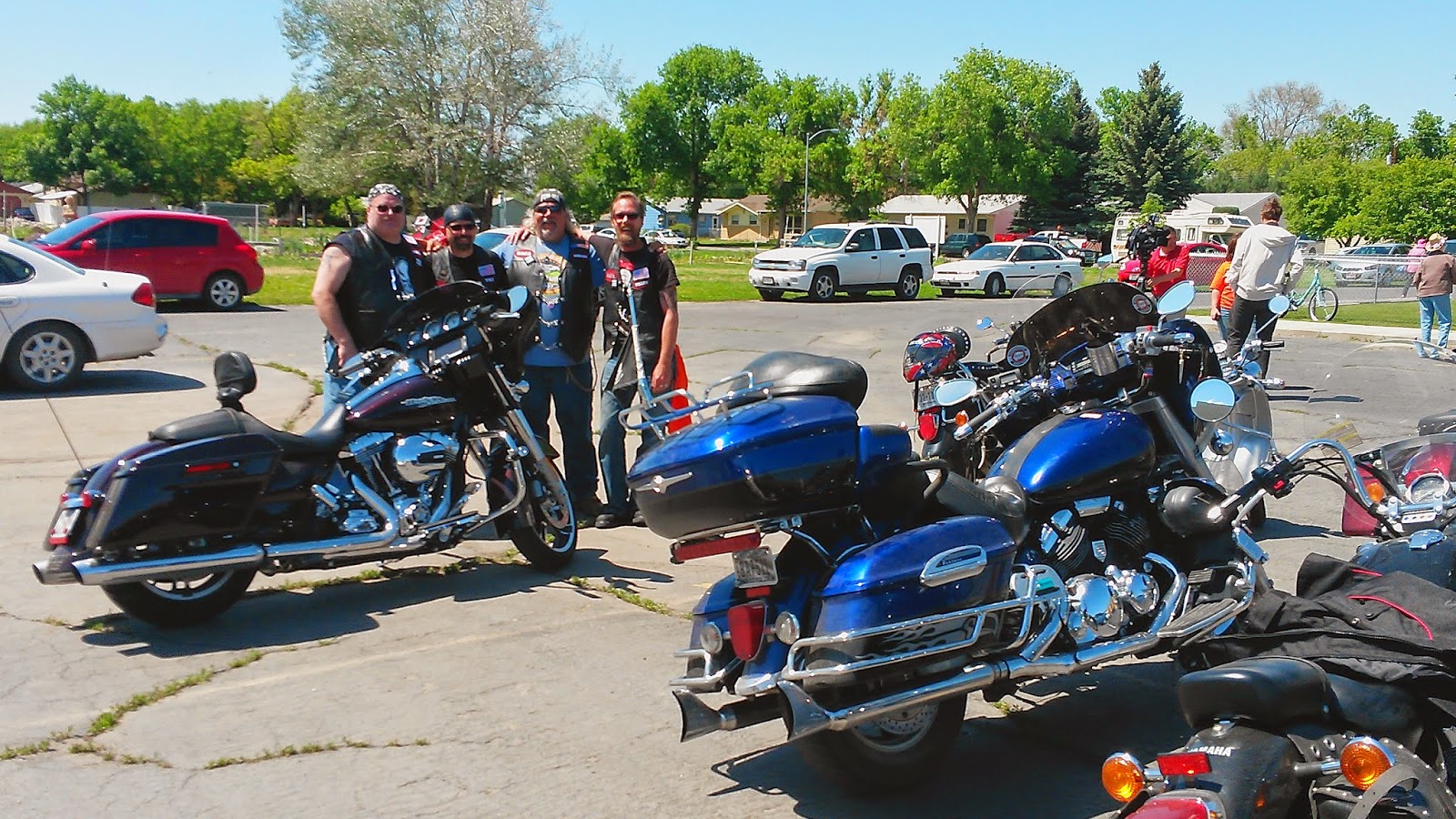